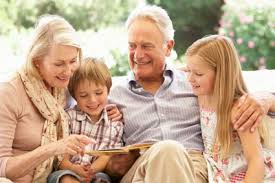 Following the Mortgage Market Review (MMR) and upcoming pension reforms, younger borrowers are turning to an equity release mortgage, according to the Spring 2015 edition of the Equity Release Market Report.

However, in the wake of the March 2014 Budget and MMR implementation in April, this age group made up 20% of new equity release mortgage customers during the second half of the year. So the number of new equity release mortgage customers in the 55-64 age bracket was 32% higher in H2 then it was at the beginning of the year, which was also the busiest half year since 2008 for total new plans agreed.

The data suggests that the residential mortgage and pensions market changes are having an effect on the profile of equity release mortgage customers. Reports show that people are finding it more and more difficult to obtain residential mortgage finance later in life under the MMR rules – particularly if the preferred term would stretch beyond retirement age.

Also, there are many borrowers with interest-only mortgages who are approaching their final repayment date and have limited or no resources for a repayment vehicle. Using equity release to pay off their existing mortgage has become a common solution to this.

An immediate need for extra funds may have been the reason why some younger borrowers turned to an equity release mortgage in the second half of last year, rather than accessing their pension savings ahead of the new pension flexibilities which will take effect on 6th April 2015.

Drawdown lifetime mortgages continue to be the most popular product type among equity release mortgage customers with two-thirds of new customers choosing a drawdown product last year. Meanwhile 34% opted for lump sums and less than one per cent decided on a home reversion plan.

Drawdown customers typically have more valuable homes but they withdrew less than a sixth of their total housing wealth as an initial payment during 2014. This amount is still 85% larger than the average single defined contribution pension pot of £25,000. Lump sum customers released an average of £69,118, which is 176% larger the average DC pension pot.

The comparison highlights the significant contribution that housing wealth can make as an additional source of funding in later life, to complement or compensate for people’s pension pots.

Landlords – Sub-letting clauseStamp duty – What is it and how does it work?